Sharing the ebbs and flows of our perimenopausal journey 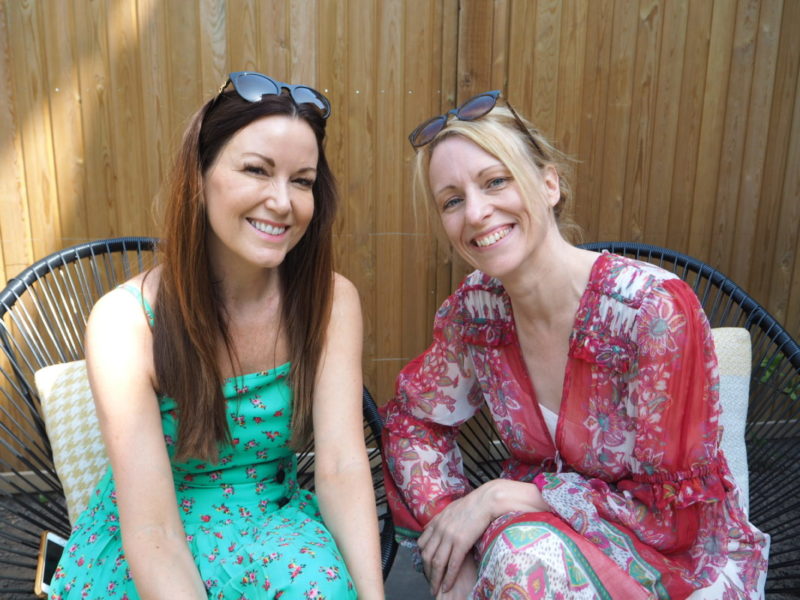 This may be a little strange: leaping into a first blog with little in the way of introduction. But this morning, I just felt I had to scratch an irritating bitch of an itch after seeing a recent tweet on Twitter.

A fellow Twatterer prompted me to write this article. She retweeted a stock image used in an article on the menopause in The Daily Mirror. The image was of a women – presumably – in the midst of the menopause. A lovely-looking lady of advancing years with white hair – looking hot, bothered and rather dishevelled. (You can find the article here)

Now whilst neither Annette nor I have yet to strike the menopause full force, we are both in the throes of the irksome perimenopause. Personally, I can completely relate to those drips of sweat inching down the elbows and the ol’ bouncing frontal lobes. And, I am often overwhelmed by the feeling of being all at odds with myself – those times when I am a basic fuckwit with my head up my tushy and an unbridled lust for gin and Jaffa Cakes. The image however – and this seemed to be the consensus of a number of the peri/menopausal Twitterati – rather gave the impression of the Old Lady stereotype, falling just short of the twin-set and sensible shoes, since that would be altogether too thought-through and rational!

One of the biggest fears many women have as we approach our potentially erratic future with apprehension is the fear of being perceived as an ill-tempered, dried-up old Has-Been, no longer visible to the naked eye.

Images portrayed in the media can be in danger of compounding these perceptions. I have to be fair to the article and say that the content is pretty good and there is an image further down the article of a younger woman in the workplace, which did ease that inordinate sense of “Shit-me-my-life-is-doomed-to-plucking-hairs-from-my-chin”

The peri/menopause and its symptoms are indiscriminate. Women of all shapes, sizes, ages, and backgrounds will at some point, more than likely, have to tackle the tangled web of symptoms thrown at them by this looming life transition.

The spectrum and severity of symptoms is wide-ranging. For some it may be a walk in the park, for other immensely debilitating. But what we do know and feel is that, as women, we are here to support each other. Lend an ear, a hand…maybe the odd a pair of tweezers!

What’s the first image or word that springs to mind when you think of the menopause?